I had wanted to go to Dubrovnik for a very long time. However I was concerned that it would disappoint as did Carcassonne and Sorrento. When I visited both these cities I felt that I had come 30 years too late. Too crowded, too many in your face tourist shops. Where was the real community?

Dubrovnik was certainly crowded but somehow it was different. I stayed outside the old town, 10 minutes away by bus in a resort hotel on the sea. This was chosen as I thought after 4 weeks of train travel I would need a rest. I was able to swim and just gaze at the sea.

But I visited the old town on 5 occasions and of course walked around the wall and attended a concert as part of the Summer Festival. 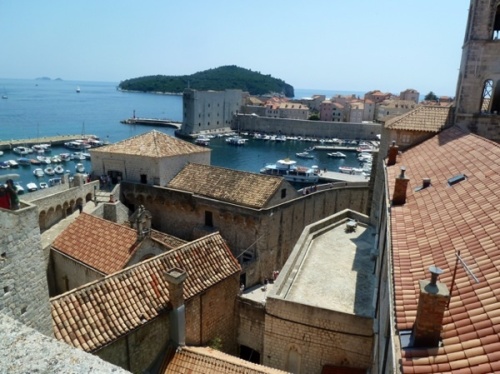 View from the wall

I think being able to easily dip in and out of the crowded old town added to my enjoyment. 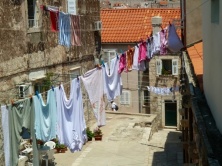 Life is not all tourists 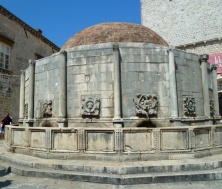 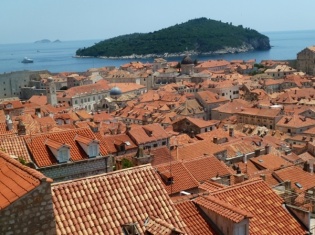 View from the wall

Dubrovnik suffered major damage during bombing in December 1991. You can see the new repairs with the lighter coloured roofs and stone work.

But for me my stay was also about the sea. I stayed on the edge of the Adriatic, I ate fish and swam. The sun, blue skies and sea were such a contrast to the depressed unrenovated graffiti covered buildings of Bucharest and Belgrade and the ruined buildings of Sarajevo and Mostar. 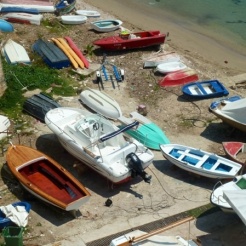 Above all Dubrovnik is a sea side town 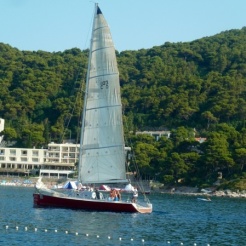 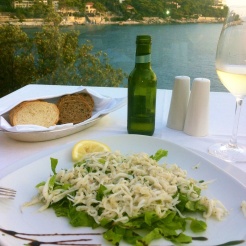 Holiday in the sun at the seaside

Filed under Istanbul to Vienna