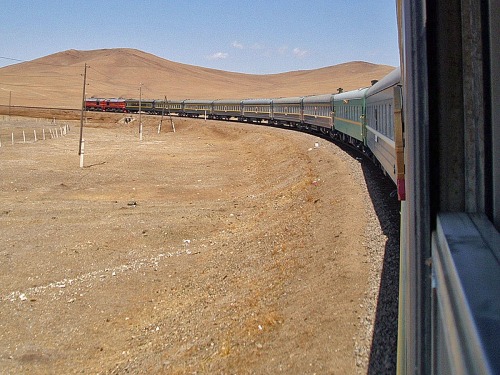 I am about to start on a 3 week trip to the North Island of New Zealand which includes a train trip, the Auckland Wellington Northern Explorer, described by The Man in Seat Sixty One as

..an epic 681 kilometre (423 mile) journey right across the interior of the North Island, taking you in a single day past every kind of scenery there is, from coastline to volcanoes to mountains, from lush green farmland to thick New Zealand rainforest.

This has made me think about the train journeys I have done and why I am so enamoured of travelling by train.

The first was on the Tasman Limited from Hobart to Launceston Tasmania when I was about 12. The trip was about 4 hours and a hostess in a green uniform with green check cap came and took your lunch order and bought the food back on a wooden tray. Passenger trains no longer run in Tasmania and one line in Hobart is now a bike track.

Then there were the trips to Melbourne when we first moved to live in Sydney, always at night and sitting up. The most memorable was with 2 children under 5, Emma at 18 months with a throat infection. What were we thinking? Seemed to be the cheapest way to get to Melbourne to go to Hobart for a wedding. Doctor prescribed Phenergyn to help her sleep. However in our case it woke her up and we took it in turns to walk up and down the train with a wide a wake toddler all night. The Phenergyn was thrown away for the return trip and I guess we all slept as I have no recall of that trip.

Obviously I did not learn as with Emma aged 3 I set off to my brother’s wedding in Perth on the Indian Pacific, I did not have to pay for Emma and we topped and tailed a single bunk in a tiny cabin. That went very well. The restaurant staff put us at the early dinner with another woman who was travelling by herself with a small child and the trip was great.

Next was a trip on The Ghan in 2003 from Alice Springs to Sydney, the line did not go to Darwin then. I really enjoyed this trip but my companion was quite sure the train was going to leap off the tracks as it was not a smooth ride. Later this year I plan to return from Perth on the Indian Pacific. The carriages seem to have little changed since my trip in 1979 but the food is terrific and the scenery wonderful.

The next train journey was the Trans Mongolian Railway from Hong Kong to St Petersburg. As I was to be so close to Europe I continued on by train to St Pancras in London. This trip only wetted my appetite for more train journeys.     So many great experiences.

The most extraordinary was on the train from Guangzhou to Xian, a trip of about 30 hours. Our group were in 4 bed ‘soft sleepers’, 3 group members in my compartment and one couple who had a compartment to themselves. I awoke in the middle of the night to a stationary train and 2 members of our group packing up. The couple in the compartment to themselves had refused to allow two Chinese travellers access to the compartment they were in. The train did not move, more and more officials arrived with more and more gold braid and the makings of an international incident. Then one of our group negotiated with the aforesaid couple that 2 of our group could share the compartment. By this time the first Chinese travellers were placed in another part of the train. My companions moved, the train moved and I went back to sleep.

I awoke the next morning to soft noises and saw him in the bed across from me. 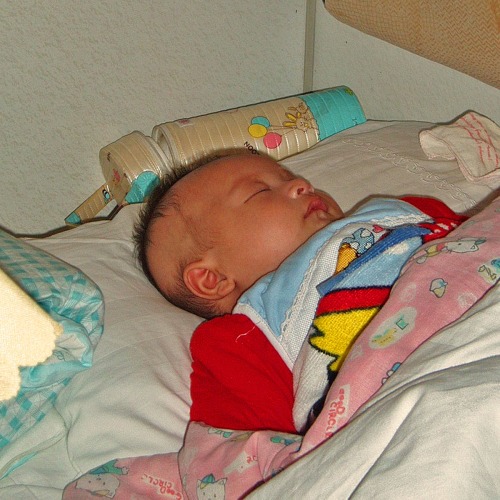 Baby in next bed on train from Guangzhou to Xian

He was accompanied by his grandmother, sharing the bed and his father in the bunk above. I then had a fascinating time communicating with the grandmother, who I initially thought was his mother, and who spoke no English. I held the baby while she went to the bathroom and I showed her pictures of my grandchildren. I felt I was the winner in the potentially unpleasant situation in the middle of the night.

PS. The travel documents explained clearly that it was not possible for 2 people to have sole access to a compartment on this train.

13 responses to “Travelling on trains”