A walk across Sydney

After wandering around cities from Auckland to Marrakesh today I walked across the Sydney CBD from Potts Point to the S H Ervin Gallery to see the Salon des Refuses. 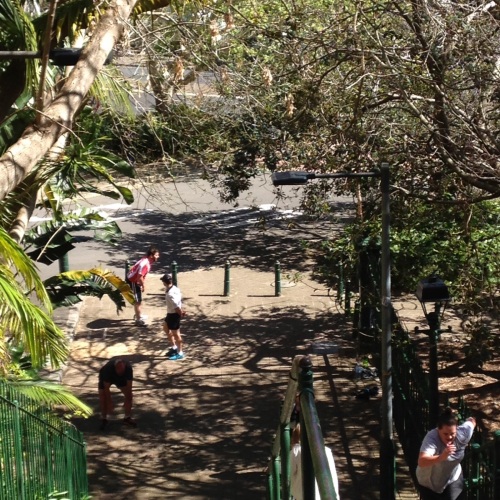 The boot camp still operated on McElhone Steps from Potts Point down to Woolloomooloo. Press ups at the bottom of the steps then the participants ran/puffed up the steps with the encouragement of the trainer, who stayed at the bottom. 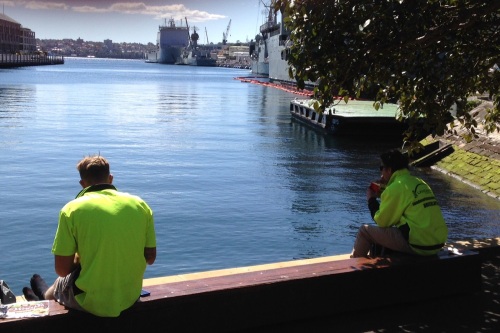 The first change I noticed was the removal of the fence at Woolloomooloo near Harry’s Cafe de Wheels. New seats have been installed so now we can enjoy a pie with an uninterrupted view of the harbour.

It is always a risk walking up the steps beside the Art Gallery of NSW as one usually has to negotiate a boot camp then the lunch time joggers on Art Gallery Rd. 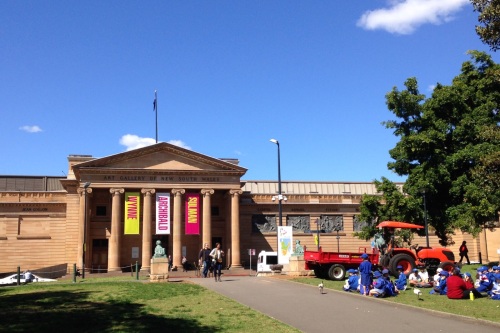 Lunch after a visit to the Art Gallery

There was a group of small school children eating lunch in the Domain with coffee drinkers, more joggers and a team of footballers. 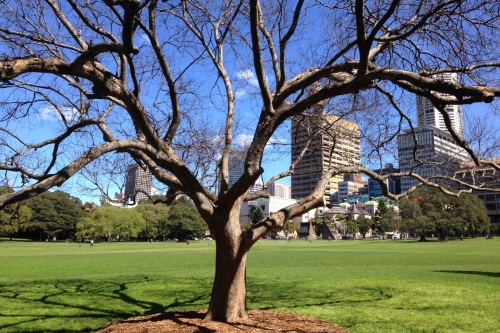 Then passed the State library of NSW and another exhibition to visit next time. 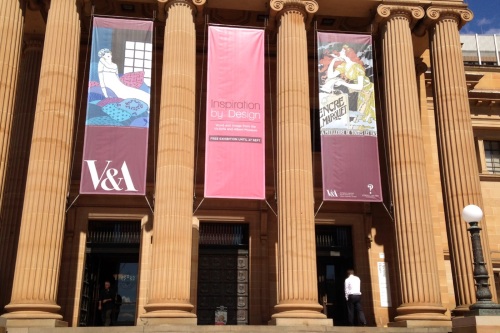 Groups of language students/tourists with clip boards in hand were taking notes in O’Connell St and Australia Square. 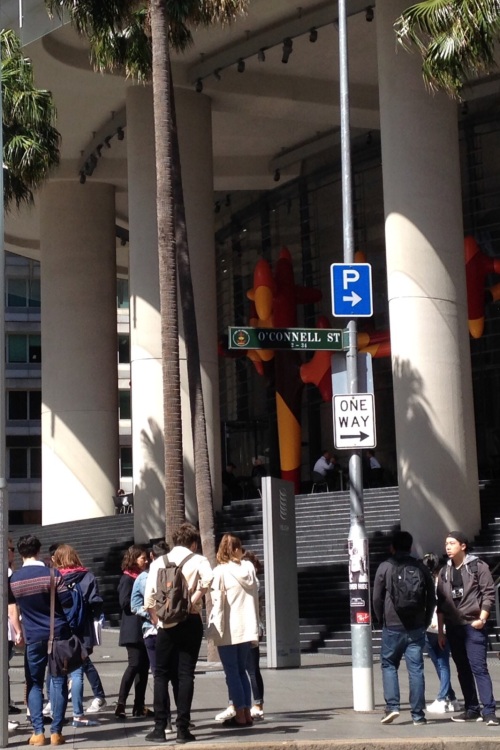 Students with clipboards and cameras

Then a new food court under the Wintergarden building. 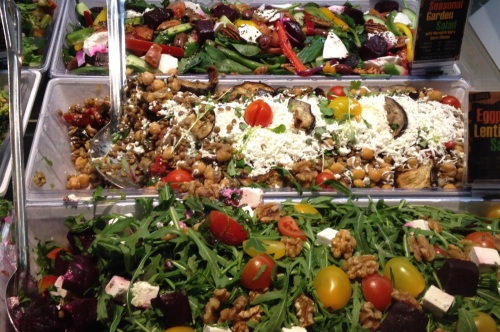 I have often gone on free walking tours in other cities but it had never crossed my mind that I could also do this in my home city. 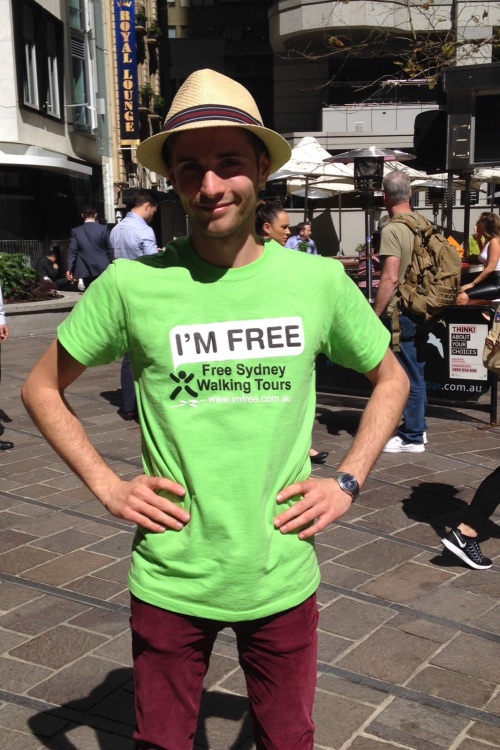 He told me that often Sydneysiders went on his tour and ended saying they saw bits of Sydney they did not know about. Free Sydney

Then up Jamison St and a building I had not previously seen as I guess I had never really looked up. 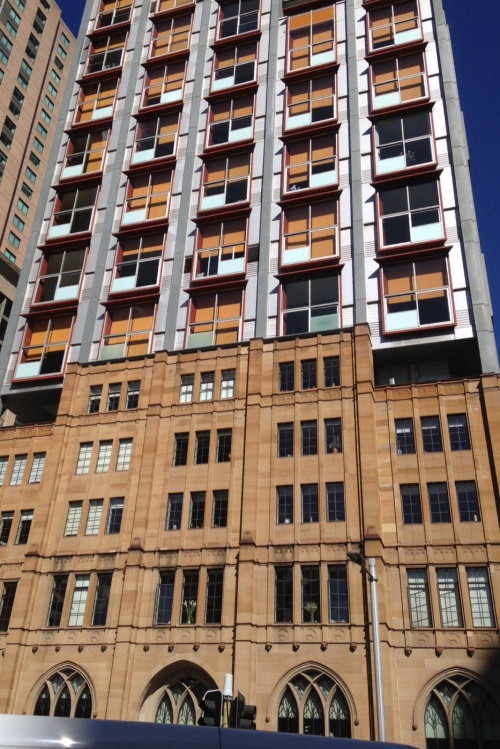 I had no idea the top had been added much later.

The though the underpass beneath the approaches to the bridge, more joggers and a young woman doing her exercises, oblivious of passersby.
R 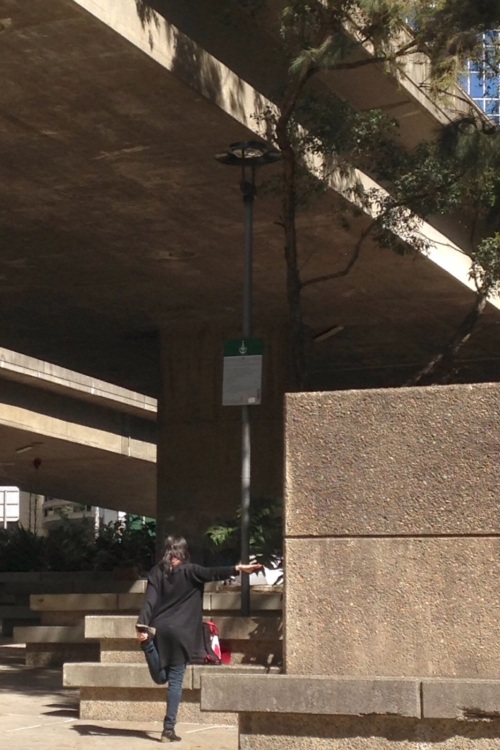 Finally a sign I was arriving and another group running up the Agar Steps and then immediately back down again.

No photos were allowed in the Salon des Refuses Exhibition but some very interesting pictures which to my untutored eye could easily been part of the Archibald finalists. 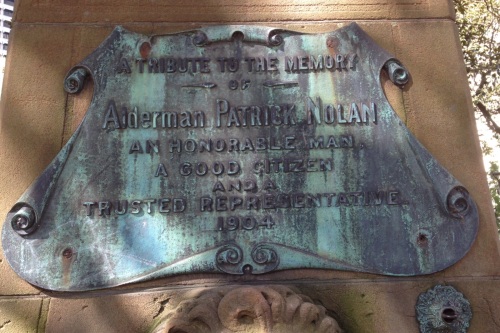 A good citizen and trusted representative

A walk back to the city passed this monument in York St. I wonder if any politicians would have this said about them today. 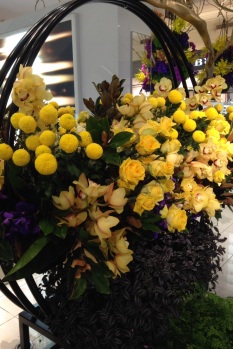 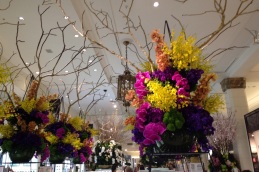 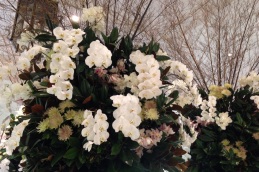 Perhaps a walk of being a tourist in my city should become a regular activity. 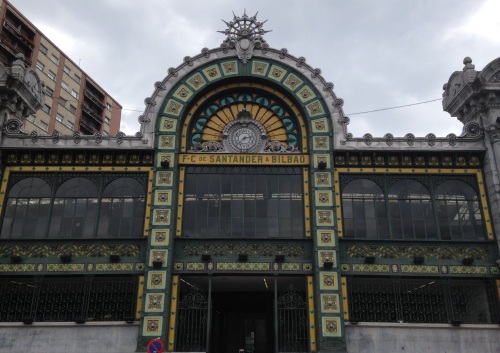 As you realise I have a thing about travel by train so the thought of the narrow gauge trains which go along the north coast of Spain appealed.

I joined a tour run by Explore, an UK travel company for 12 days travel, we were 2 other couples and a fantastic Basque guide John.

END_OF_DOCUMENT_TOKEN_TO_BE_REPLACED 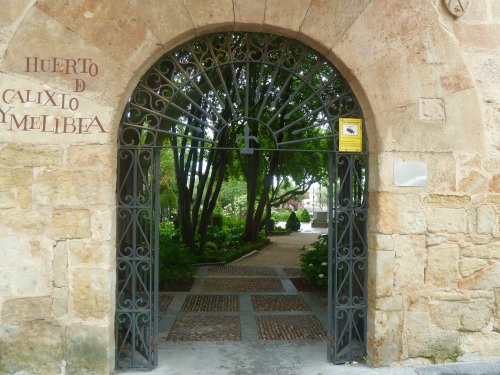 While waiting for the Museum of Art Nouveau and Art Deco to open I walked around the corner to a door in the wall. Such a beautiful garden, just behind the Cathedral in Salamanca and overlooking the river, a tranquil spot away from the busy tourist spots.

It is a formal garden with beds of flowers, roses, sweet william, oyster plants with formal boxes edges. Lots of mature trees. 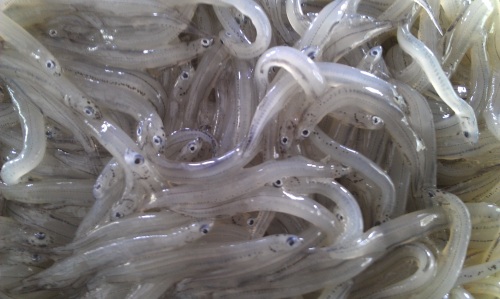 I have always loved whitebait to eat. What we called whitebait in Hobart and my mother made into fritters when there was a run in the Derwent. What I have since eaten in New Zealand and once even when I was teaching people in periodic detention. END_OF_DOCUMENT_TOKEN_TO_BE_REPLACED 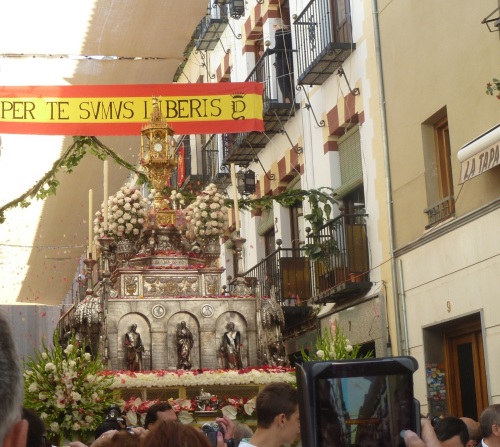 My aim for the day was to buy some toothpaste as I had been to the Alhambra the previous day and missed the procession to celebrate the feast of Corpus Christi. I had caught the tail end of the festivities of families eating and girls wearing traditional costumes.

Well! How wrong I was.

END_OF_DOCUMENT_TOKEN_TO_BE_REPLACED

An evening in Paris 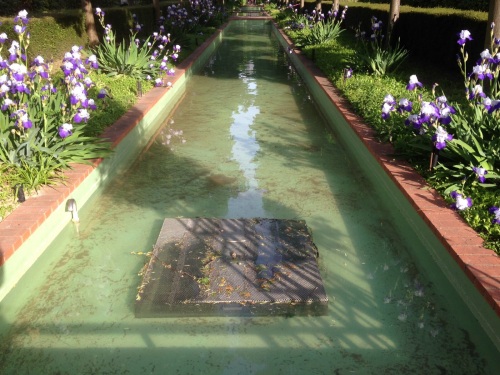 Who could have expected this!

I booked into a hotel near Gare de Lyon in Paris for one night as I was catching the train to Barcelona from that station.

Gare de Lyon is about 1km walk from Bastille in the It is a little further away from Notre Dame so less frequented by tourists. When I arrived I asked the hotel reception to suggests as to  where to walk and where to eat dinner. And how lucky was I.

END_OF_DOCUMENT_TOKEN_TO_BE_REPLACED 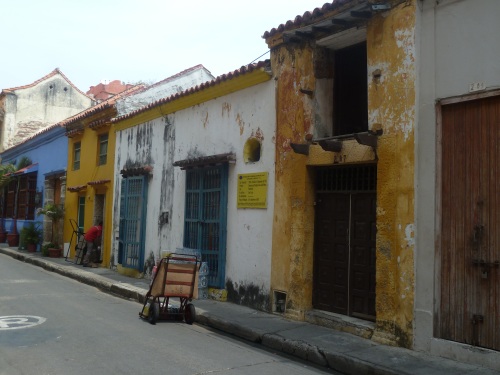 So nearly at the end of 7 weeks

What have I learnt.

Cruising is seductive because it is so easy. The days slide by from meal to meal with difficult choices being confined to what event/talk to attend and what time to go to the laundry.

However there are elements of a floating retirement village such as the age of most of the passengers.
END_OF_DOCUMENT_TOKEN_TO_BE_REPLACED

Mayhem in the laundry 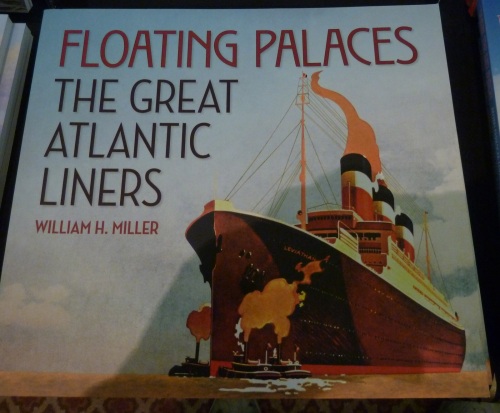 Author Bill Miller was a speaker on board.

Agatha Christie has been mentioned on this site and there is plenty of scope for a novel on the Queen Victoria.
I have mentioned the positioning of the single ladies for the 6 dance hosts, one lady places her water bottle on the chair in the front row, she always occupies, about 1 hour prior to the start of the dancing. She does get a lot of dances.

Then there is the laundry.
END_OF_DOCUMENT_TOKEN_TO_BE_REPLACED 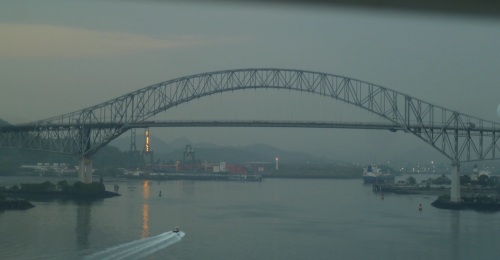 Bridge of the Americas

Going through the Panama Canal was one of the main reasons I chose this trip. I was not disappointed. We appraoched the Bridge of the Americas on the Pacific side of the canal, about 6.20 am. Then the Miraflores Locks which looked as if the Queen Victoria would not fit.
END_OF_DOCUMENT_TOKEN_TO_BE_REPLACED

Community is where you find it. 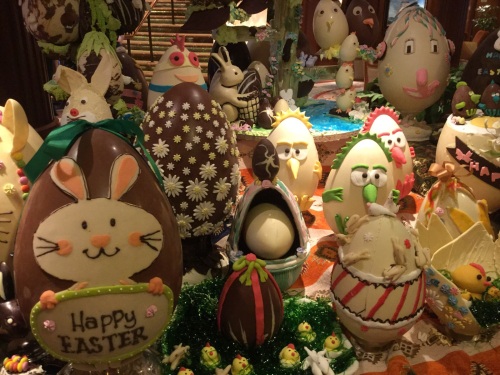 Queen Victoria is a community of about 3000 people, about 2000 passengers and 1000 crew. About the same size as my village of Blackheath.
Here the ethic mix is far more diverse than Blackheath, passengers about 700 from the US, 400 or so from the UK, 200 or so from Australia and fewer from Canada, Germany, and many other countries.

END_OF_DOCUMENT_TOKEN_TO_BE_REPLACED

For the love of great places and food. Mike Galvin is a Sydney blogger and story teller.

Wish I Were Here

Journeys Through Place and Time